Share a memory
Obituary & Services
Tribute Wall
Read more about the life story of Billy and share your memory.

If you asked a hundred people who Billy Goldman Sr. was, I’m sure they would each give you a different funny story. Billy loved nothing more than to sit on the porch and tell you stories of “the good old days”, but only after he makes you a cup of the best coffee that not even money could buy. All of his stories, he claims were memories, even though some seemed a bit far-fetched at times. He was a known prankster sure to provide anyone around him with entertainment. He retired from both CIBA Geigy and the National Guard.

He and his twin brother were born pre-mature weighing about one pound each on March 29, 1938. They each slept in their own shoebox and were fed through a medicine dropper. The contents of that medicine dropper may be unknown, but proved effective. Billy grew to be 6’2 and produced a belly round enough to play his imaginary guitar as he sang all of the oldest country favorites. He loved country music and Alabama football, but no love was stronger than that love he had for his family.

Billy has had a difficult past year battling various health complications until the Lord called him home on Tuesday, November 8, 2022. He passed peacefully, surrounded by his beloved family. He was preceded in death by his parents, Joe D “Buck” and Mattie Goldman, and his youngest son, Alan Goldman. He is survived by his wife of 63 years, Margaret Diane Goldman. His children Janet Beech (Lawrence), Ann Britton (Joe David), and Billy Goldman Jr. (Patty). His grandchildren, each branded with their own unique nickname that he gave them- Josh Beech (Cassie), Katie Beech, Megan “Chippy Choose” Goldman, Payton “Booch” Goldman (Ashland), and Joanna “Eye Eye” Britton Rigney (Justin). His great grandchildren in which he called collectively “My Little Darlings”- Braylen Finch, Avahlynn Goldman, Charlie Goldman, James Beech, and Lily Beech.

To send flowers to the family or plant a tree in memory of Billy Goldman Sr., please visit our floral store. 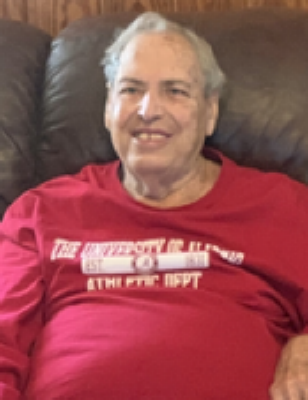