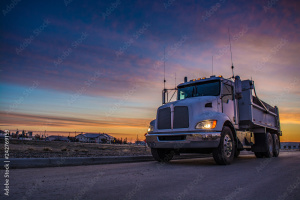 Evan Shane Allen "Skully", passed away at the age of 52 February 5, 2022 at Washington County Hospital in Chatom, AL.  Skully graduated with the class of '87 from Washington County High School where he played football for the "Bulldogs".  He graduated with his Bachelor's degree in Computer Science from Alabama Southern Community College.  Skully was introduced to Phyllis, his wife of 23 years, by Phyllis's daughters.  They met in October 1998 and were married February 1999. One of their favorite foods they liked together was chinese food.   Skully worked as a Iron Worker for the local 798, Knife Forging and drove a Dump truck.  His truck driving buddies nicknamed him "Quake".  Everyone else outside of Truck driving nicknamed him "Skully" from a skull tattoo he had.  Skully enjoyed sitting by the fire with family and friends socializing and fishing on the Tombigbee River for catfish especially at night.  He also enjoyed playing card games, one in particular was phase ten.  Skully grew vegetable gardens that included tomatoes, corn and jalapeno peppers.  He loved to watch Swamp People and Forging Fire on television.  Skully enjoyed music so much that he would karaoke even though he and others knew he couldn't sing.  Some of his favorite bands were Lynyrd Skynyrd and CCR (Creedence Clearwater Revival). Skully was a very likeable person.  He will be missed by his family, friends, and dogs ( BitBit, ReeRee, Lokie, Bruce and Rambo).

A Memorial Service will be at a later date.

To send flowers to the family or plant a tree in memory of Evan Shane Allen, please visit our floral store.

You can still show your support by sending flowers directly to the family, or by planting a memorial tree in the memory of Evan Shane Allen
Share a memory
© 2022 St. Stephens Funeral Home, LLC.. All Rights Reserved. Funeral Home website by CFS & TA | Terms of Use | Privacy Policy | Accessibility