Share a memory
Obituary & Services
Tribute Wall
Read more about the life story of Jack and share your memory.

Jack Arthur Cozad, 83, of Chatom, Alabama, passed away at his home on Tuesday, January 17, 2023. Born in Blount County, Alabama, on November 11, 1939, Mr. Cozad also met the love of his life in Blount County. He and Mrs. Margean were married for 61 years. Not too long after they had married, Mr. Cozad took a job in the transportation industry--he began driving a city bus in Birmingham in 1962 and did so for 30 years before retiring and moving to Chatom.

He then worked for 11 years with Washington County before retiring for a second time. There, he always made the first pot of coffee in the morning before heading off to the local hardware store. Known to those around him for his dry humor and his love of cutting grass, he was also known for helping others.

A lifetime member of the Chatom Masonic Lodge #740 F&AM, Mr. Cozad will be buried holding the ball cap of Earle Jones, his best friend from years gone by.

Mr. Cozad is survived by:

A host of nieces, nephews, and many friends.

He was preceded in death by:

A visitation will be held at Springbank Baptist Church on Friday, January 20, 2023, at 1:00 p.m. with the funeral service to follow at 2:00. It will be officiated by Kevin Cozad and directed by St. Stephens Funeral Home.

Honorary pall bearers will be the members of Chatom Masonic Lodge #740.

To send flowers to the family or plant a tree in memory of Jack Arthur Cozad, please visit our floral store. 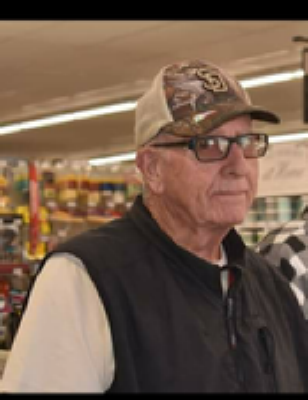