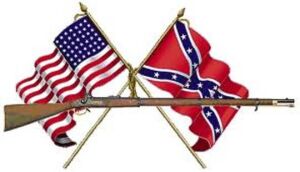 James Avery Fulmer, 72, passed away Friday, October 16, 2020. He was a native of Alabama and a resident of Clarke County, AL. James graduated from West Point High School in Cullman, AL. After high school James joined the United States Army where he served in the Korea War. He met his wife Kathy Russell in Columbus, Georgia and they were married after 2 months of dating. James and Kathy were married for over 53 years. While in the Army they were stationed at Ft. Hood, Texas. After the Army James worked construction in Alabama and Georgia. In 1976 they settled in Jackson, Alabama and in 1978 James started working at ARP. James retired from ARP in 2005. His hobbies were Deer Hunting, Guns and Grands (IN THAT ORDER). His favorite vacation spot was Pigeon Forge, TN. He loved going there in October around Halloween time. James will be sadly missed by all that knew and loved him.

Wife of Over Fifty Three Years

Preceded in Death By Parents:

Visitation will be Monday, October 19, 2020 at 10:00 AM at Walker Springs Road Baptist Church in Jackson, AL. Funeral Service will follow at 11:00 AM with Bro. David Webb officiating and St. Stephens Funeral Home directing. Interment will be at Trinity Memorial Gardens.

To send flowers to the family or plant a tree in memory of James Avery Fulmer, please visit our floral store.