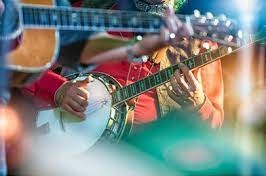 James L Overstreet (Jim), passed away peacefully at his home in Laton Hill, Alabama, in the arms of his beloved wife, and surrounded by his girls and grandchildren, listening to his bluegrass music, on Tuesday, September 14, 2021.

He was born on May 22, 1938 to Connie Mitchell Overstreet and Ruth Estella Webb Overstreet.  He grew up in Chatom and graduated from Washington County High School in 1957.

Jim married the love of his life, Ann Loper, on August 2, 1963. They have lived in the Laton Hill community since then. He spent 30 years working as a shift electrician at Ciba Geigy, while running a poultry house operation and serving his country as an officer in the Alabama National Guard and retiring as Major from the U.S. Army Reserves. His real passion came in raising his family. As a family, he led his girls in raising 4-H club calves throughout their school years. He instilled the motto to work hard, play hard and do it together as a family.  His two main passions behind family was listening to bluegrass music and being the grillmaster at his barbeques. After retiring from Ciba Geigy in 1998, Jim enjoyed supporting his grandchildren in their extracurricular activities, and offered his grills and his cooking expertise for fundraising at the county schools and community events.  He even received an Outstanding Service award from Leroy High School baseball team. In his twilight years, he could often be found sitting on the "bench" in Chatom and drinking a " cup of Joe" with his town friends carrying telling tall tales of past feats.

He was called many names by many people, but he was best known as Husband, Daddy, Paw Paw and Smokehouse Jim. He is survived by his loving wife of 58 years, Carrie Annette (Ann) Loper Overstreet, his 4 daughters, Gwendolyn Powell (Danny) of Leroy, Alabama, Reba Libby of Gulf Breeze, Florida, Emily Malone (Jeff) of Stockton, and Leigh Ann Overstreet (Kim) of Daphne.

He was preceded in death by his parents, and brothers, Johnny, Rex, Lonnie and sister, Flora Overstreet James.

Visitation will be on Friday, September 17 at 12:00-12:30 for family and 12:30-2:00 PM for friends with Funeral 2:00 PM at Springbank Baptist church. Burial will follow at Laton Hill Cemetery.  Bro. Ricky Revette and Bro. Leland James officiating with St. Stephens Funeral Home directing.

In lieu of flowers, donations may be made to the Laton Hill Volunteer Fire Department at 55 Nathan Jordan Road Chatom, Alabama, 36518.

To send flowers to the family or plant a tree in memory of James Lavon Overstreet, please visit our floral store.

A Memorial Tree was planted for James

You can still show your support by sending flowers directly to the family, or by planting a memorial tree in the memory of James Lavon Overstreet
Share a memory
© 2022 St. Stephens Funeral Home, LLC.. All Rights Reserved. Funeral Home website by CFS & TA | Terms of Use | Privacy Policy | Accessibility