Share a memory
Obituary & Services
Tribute Wall
Read more about the life story of John Adam and share your memory.

John Adam Green, 56, passed away Wednesday, January 18, 2023, in Jackson, Alabama. Born on August 5, 1966, Adam graduated from Stokes Academy and received an Associates Degree from Alabama Southern Community College. He was an employee of Boise Cascade/PCA in Jackson for over 27 years, working on J3 and recycling. Having worked that many years with the same people, Adam grew close to his coworkers. In fact, he spoke often of his ‘family’ at PCA.

Adam collected various items in his years, including knives and flashlights. He was an avid Auburn fan and loved his coffee, drinking it from the “Cup”, a stainless cup with a big handle. He would drink two cups every morning and one in the afternoon…and occasionally one in the evening! He would drink a Starbucks coffee if it was available as well. He was a member of the Jackson VFD and spent time on the Clarke County Sheriff’s Posse. He really enjoyed both of those roles.

Adam loved to hunt and made a point of teaching his girls to hunt. But as the years went by, hunting gradually gave way to softball practices and games…anything his girls were doing. As the girls got bigger and older, he discovered his La-Z-Boy and programs such as ‘Yellowstone’ on TV. He listened more to the classic old country music and revisited the memories of Ruby, his horse from earlier days. His constant companion during these La-Z-boy days was a chihuahua named Nala. He loved that little dog.

Adam went by many names. In his childhood, he was called ‘BB Butt’, stemming from an incident with a cousin and a BB gun. At home, he was called Adam and Daddy. But probably his favorite name was Poppy, which is what his 2 year-old granddaughter called him.

A loving, caring, protective, hands-on dad and granddad, Adam kept up with what his girls were doing and actively helped his wife Kim with raising them. As one of his girls described him, Adam was a “big man”, with big hands (hence the ‘Cup’ with the man-sized handle). Yet those hands had the finesse to paint the nails of his little girls, even to the point of painting animals and bugs on them...he would use toothpicks to paint the dots on ladybugs! He would put their hair up in perfect, tight ponytails, that would last all day without falling or coming loose.

Adam’s life centered around his family: Evelyn Green, his mother, Kim, his wife of almost 33 years, his girls, Hannah, Olivia, and Emily, and their families, and especially his granddaughter, Millie Louise! He loved them so. And they loved him back just as much.

He is preceded in death by his father, Raymond “Buckshot” Green.

A memorial service will be held Saturday, January 21, 2023, at the Jackson First United Methodist Church at 1:00 p.m. with a visitation afterwards. Rev. Dr. Ralph Wooten will be officiating.

To send flowers to the family or plant a tree in memory of John Adam Green, please visit our floral store. 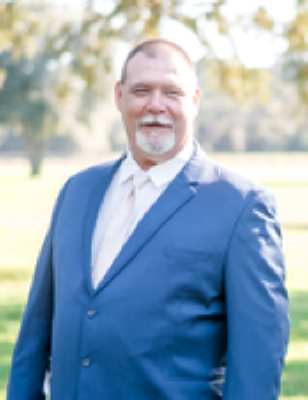