Share a memory
Obituary & Services
Tribute Wall
Read more about the life story of Leland and share your memory.

Leland Gerald "Jerry" Brannan, 88, of Jackson, Alabama, passed away Wednesday, December 7, 2022, at Knollwood Healthcare in Mobile, Alabama. Born in Jackson on August 28, 1934, Mr. Jerry met the love of his life 65 years ago at the movie theater. He and the young Mary Turk followed the movie with a meal at Ray and Tom’s Restaurant. Six months later, they were married. While he was in the Army, the young couple lived and started their family in Ft. Riley, Kansas, later moving back to the Jackson area, settling in Salitpa. Mrs. Mary said that these were not just good years, but very good years.

Mr. Jerry worked as chief engineer on the Corp of Engineers dredge boat the “Collins” for many years, retiring from the Coffeeville Lock and Dam. He loved to read, fish, and could fix almost anything. He was known for working in his yard and the many fruit trees he was so good at growing.

Members of River Hill Baptist Church, he and Mrs. Mary supported the church ministry in many ways whether it be her cooking for the fellowships or him using his fixit talents to keep the church building problem free. One of Mr. Jerry’s main ministries, though, was inviting and hosting the men of the community each weekday to his shop for coffee and sharing. It is believed that many tall tales were told during these times.

But as much as he loved his friends and his church and his hobbies, he loved his family much more. His wife and children meant the world to him. But he absolutely adored his granddaughter, Ashley. He would pull her around the yard in her wagon over and over…and he had a big yard!

An even-tempered man, Mr. Jerry was very consistent so everyone knew what to expect from him. His dry sense of humor put everyone at ease around him. He will be sorely missed by his family and friends.

Mr. Brannan is survived by:

In lieu of flowers, the family asks that donations be made to the River Hill Baptist Cemetery fund

To send flowers to the family or plant a tree in memory of Leland Gerald (Jerry) Brannan, please visit our floral store. 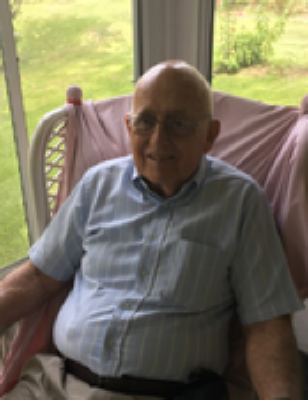