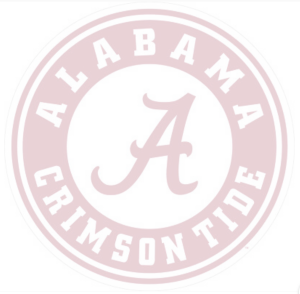 Robert Mason Thornton "Robby" passed away Monday May 9, 2022, at the age of 57.  Robby was a graduate of Fruitdale High School Class of 1983.  Throughout his High School years, he played Football and Baseball. Robert was given the nickname "Robby" by his Pawpaw John and the name stuck.  After he graduated, he attended The University of Alabama for two years.  Robby worked for Brown & Root and Tate & Lyle companies. He loved to work on houses as a Carpenter installing metal.   He met his wife Nikki, married her and had been inseparable since.  They were married 12 years.  Robby and Nikki's 12th wedding anniversary, they got matching reel and rods and a tacklebox with cup holders. Some of Robbie's many talents included cooking, singing and carpenter work. Robby loved to cook different foods and anything spicy.  With his talent to cook, he won three chili cook offs. With his talent as a carpenter, he made a cross out of wood pallets that he built in the floor of their house.  His talent of singing, he would sing at weddings and to Nikki " I'm going home to rock my baby Teddy Bear".  Robby could sing like Elvis.  He was a member of Sunflower Independent Community Church Sunflower, AL.  Robby enjoyed hunting Deer, Turkeys, Hogs and fishing.  He would throw a cork in any fishing hole.  Robby would take Nikki Hog hunting. Her first Hog hunting trip was at night, when she heard a squealing noise and thought the hog had gotten her dog but it was actually the dogs playing tug a war with the hog.  He had a special Hunting dog (a Catahoula) named Troy after Troy off of the show "Swamp People".  Robby was a very likeable person and a jokester.  He loved his friends and family, especially loved to spoil his grandchildren.  Robby was a son, Brother, Husband, Father, Pawpaw and Friend.  He will be missed by all.

Services will be Friday May 13, 2022, at Sunflower Independent Community Church Sunflower, AL.  Visitation at 10:00 AM ~ 11:00 AM, Funeral at 11:00 AM.  Interment will be at Yellow Pine Cemetery Yellow Pine, AL.  Officiating will be Bro. Bob Younge with St. Stephens Funeral Home directing.

To send flowers to the family or plant a tree in memory of Robert Mason Thornton "Robby", please visit our floral store.

You can still show your support by sending flowers directly to the family, or by planting a memorial tree in the memory of Robert Mason Thornton "Robby"
Share a memory
© 2022 St. Stephens Funeral Home, LLC.. All Rights Reserved. Funeral Home website by CFS & TA | Terms of Use | Privacy Policy | Accessibility