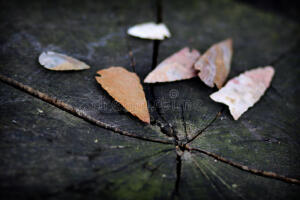 Robert Whatley "Robbie" 53, passed away on January 18, 2022.  He was born in Butler Alabama and raised in Thomasville, Alabama.  Robbie played football and baseball while attending Clarke County High  School.  During his childhood he had a dog named "Hoot".  The nickname "Doot" had been given to Robbie by his friends.  When seeing Robbie and Doot they would say "Here comes Hoot and Doot".  Robbie attended Friendship Baptist Church during his childhood.  During his teenage years, Robbie learned about the Logging Industry from Thompson Logging, his stepdads' company.   After High School, Robbie served in the United States Army and was stationed in Germany.  He enjoyed living in Germany where he applied for and received his Dual Citizenship and resided in Germany for 5 years after serving for the United States Army.  Robbie learned to speak the German language and enjoyed watching Tennis.  After Germany, Robbie moved back to Thomasville, Alabama, where he met the love of his life Julie.  Robbie and Julie got married March 26, 1995.  Both Julie and Robbie raised their daughter, Hannah.  Robbie worked in the Logging Industry for many years.  He enjoyed being outdoors, fishing, arrowhead hunting, growing fruit trees and planting a vegetable garden.  Robbie would use "Fish Water" to water his Vegetable Garden.  He had quite a "Green Thumb".  Julie and Robbie have a Blue Nose Pitt dog named "Loki" that Robbie loved and treated him like a member of the family.  Robbie was a likeable person and loved his family.  He will be missed by his wife of 20 years, his daughter, his dog and many more family members and friends.

Visitation will be held at Springfield Methodist Protestant Church, January 22, 2022, from 1:00-2:00 and Funeral Service following after.  Interment will be at Midway Baptist Church Cemetery.  Officiating both Services will be Brother Steve Trader and Brother Glenn Akridge with St. Stephens Funeral Home directing.

To send flowers to the family or plant a tree in memory of Robert Douglas Whatley "Robbie", please visit our floral store.