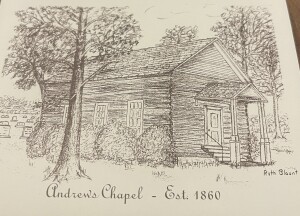 Mary Ruth Irby Blount, 93, passed away on December 22, 2021 at the Jackson Health Care Facility in Jackson, AL.  She was born on November 2, 1928, in Yukon, Oklahoma.  During her teen years, her family moved to Millry, Alabama.  After graduating from Millry High School, she began work at the local dry goods store owned by brothers Fred and Mardis Blount, Jr.  Eventually she entered a courtship with Mardis that led to a marriage that lasted 51 years.  Ruth and Mardis later moved to McIntosh, AL where they raised their sons and developed many lifelong friendships.  They enjoyed square dancing, traveling, and spending time at their vacation home in Orange Beach.  She attended business school where she learned typing and stenography.  After completing her studies, she began work at Searcy Hospital.  Later, she worked at Ciba-Geigy and remained there until her retirement.  Ruth was an active member of the McIntosh United Methodist Church where she served her Lord by teaching Sunday School, singing in the choir, working with the MYF, and the UMW.  She volunteered with the American Red Cross and the McIntosh Branch of the Washington County Public Library and was a member of the McIntosh Women's Club and the United Daughters of the Confederacy.  She took numerous art classes where she learned to draw and paint. She became quite the artist and even challenged herself to paint and sketch her grandchildren and great grandchildren.  At one time, she painted and sold sport themed wall art.  In 2013, Ruth moved to the Jackson Health Care Facility in Jackson, Alabama and resided there until her death.  Her time there was spent making friends, playing bingo, attending worship activities, and using her talents to make bulletin boards and create art.  Ruth was a kind and compassionate woman who cherished her family, her friends, and her dachshunds.

Members of UMW and United Daughters of the Confederacy

To send flowers to the family or plant a tree in memory of Ruth (Irby) Blount, please visit our floral store.