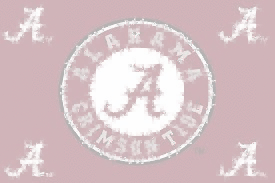 William Duke, passed away at the age of 69 on October 7, 2021. He graduated from Coffeeville Highschool and was a member of Coffeeville Baptist Church.  After graduating from high school, William joined the Military in the "Vietnam Era".  While in the Military he was stationed in several states, but one state in particular was his favorite, Kentucky, where he met the love of his life Judy Ferguson at the Kentucky State Fair. They were married 4 months later.  Then he was stationed in Germany where they had their oldest daughter, Mary Ann Duke.  After being in the Military for eight years, William and his family moved back to the US and resided in Alabama where he became a Truck Driver and he traveled all over the world.  He was an Alabama Football fan who loved to watch the games on TV. William loved to joke around, he was known as a " jokester".  He loved to deer hunt.  He also loved to Bluegill fish and Catfish in the local ponds.  He loved spending time with his family, especially his grandchildren. William would say "if I knew my grandchildren were this much fun he would have had them first".

To send flowers to the family or plant a tree in memory of William Duke, please visit our floral store.

You can still show your support by sending flowers directly to the family, or by planting a memorial tree in the memory of William Duke
Share a memory
© 2022 St. Stephens Funeral Home, LLC.. All Rights Reserved. Funeral Home website by CFS & TA | Terms of Use | Privacy Policy