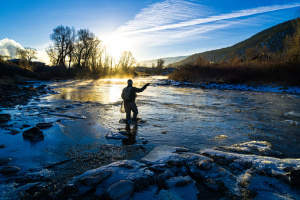 William Brantley Henderson, 76, passed away Friday January 7, 2022.  Brantley grew up in Citronelle, Alabama, where he attended Citronelle High School and played football.  He met his wife, Roberta, at a Skating Rink in Citronelle Alabama and had been inseparable ever since. Brantley and Roberta got married and raised four children.  They were married for many years and both were a member of Cedar Creek Holy Church of God.  He would fill in with the Preacher at Cedar Creek Holy Church of God as a Lay preacher where he loved to teach the Word of God.  Brantley was a hard working man who provided for his family.  He worked at Benders Shipyard and for Brown and Root as a Foreman.  When Brantley wasn't working, either at Ciba Geigy, on a tractor, or on a International Four Wheel Drive, he was camping on the banks of Cedar Creek and Escatawpa River and fishing for Bream, Red Belly, Catfish and Gargoyle Fish. Brantley also liked to Deer hunt.  He enjoyed raising Catfish in his ponds. Brantley also enjoyed raising Hogs, Gators, Rabbit and Crawfish.  Brantley also enjoyed Crabbing on the Causeway. He would give away vegetables that came from his garden to family and friends.  Brantley didn't cook but one thing that he could cook was Rabbit Stew " Rabbit Gumbo".  He didn't like to be inside, but if he had to be inside he would watching Andy Griffith,  Wheel of Fortune, News or sleeping.   Brantley loved to drink coffee and was called "WB" or "Brant" by his buddies.  He will be missed by all especially by his children and grandchildren for his "Rabbit Gumbo".

To send flowers to the family or plant a tree in memory of William Brantley Henderson, please visit our floral store.

A Memorial Tree was planted for William